Battle of the Taco Trucks

It looks like the Kogi Truck resurrected taco trucks into a hot trend, here on the mean streets of LA. I’m pretty finicky with my food, but I must say that Kogi is by far the best korean bbq tacos I’ve ever had. I must confess that JP and I have already tried some of their wannabe counterparts, but all of them failed to impress. So, kudos to Kogi and thanks for starting up this crazy taco truck craze!!!

We’ve seen everything from: the Indian Foods Truck (serving up cripsy prata), the BBQ Truck (serving up ribs and other fixin’s), and last but not least, we finally ran into a Burger Truck! I have yet to see the Nom Nom truck roaming around, so that review is way over due!!! I think they are still working out some kinks before the official grand opening. 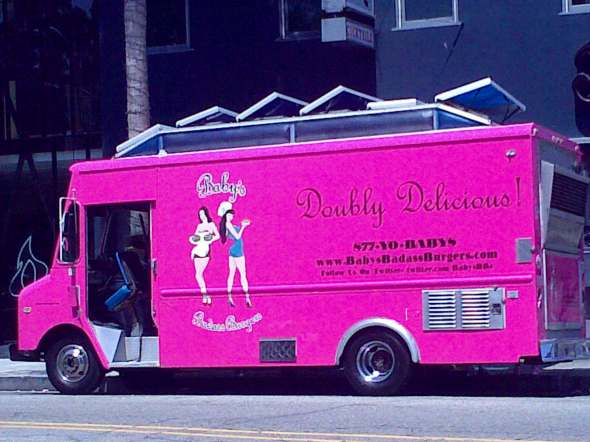