After a long night of festivities, JP & I strolled over to Ktown for the KBBQ Annual Cook Off.  As soon as we arrived, we totally scored the best parking ever!  We ended up paralleling it only a block away, and luckily our meter was a broken one.  hahah.  So it read FAIL, which is awesome, since it’s off limits for meter maids to write you a ticket. =)

So, we took our sweet time and enjoyed all kinds of wonderful foods and drinks in the soju & beer garden.  Jp’s favorite was from Seoul Sausage, and I loooooved the Kalbi Burger.  Both were delicious, since they had traditional Korean flavor, but were presented with a westernized fusion.  The thick slice of tomato, red onions, and lettuce, really made the Kalbi burger complete.  I’m definitely going to find their restaurant to have another one, next time I’m in K town.  Oh, and the Seoul sausage was presented on a bun, and topped off with kimchee.  The combo sounds gross, but it was totally good!  Cool Haus & the Sprinkles truck were there to satisfy those with who have been touched by the sweet tooth fairy.

Another huge feature at the food festival was the soju & beer garden, hosted by Jinro and Hite Beer.  We also caught the tail end of the Choco Pie eating contest, and the 1st place winner ate 30 of them!  Eeeek, I’m still thinking about how many calories and grams of sugar he ingested.  Yucky!

Aside from all the yummy eats, we did walk away with some swag of course!

–  Hite bottle opener and flash light keychain (Hey, this totally makes sense if you were going to drink in the dark and couldn’t see what you were doing.  Genius!) 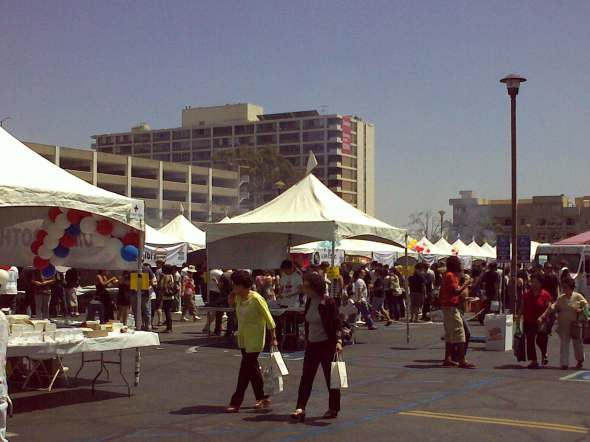 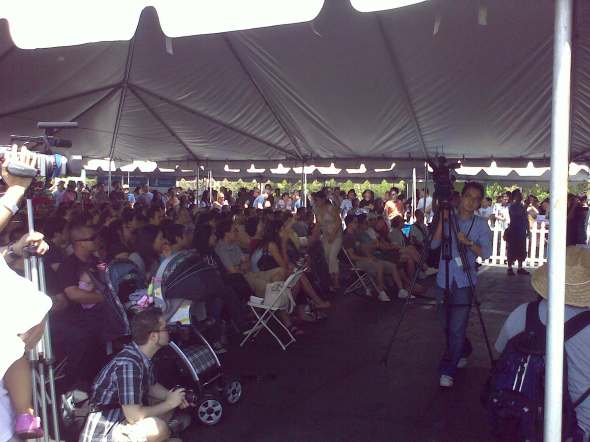 Folks gather in the big tent to watch competitions and special demos. 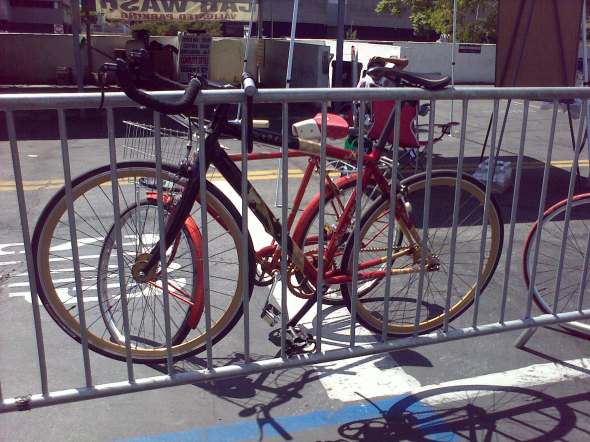 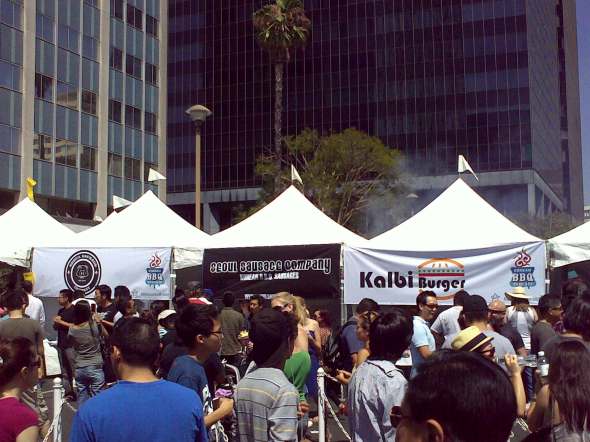 Lines were a tad bit long, but definitely worth the wait. 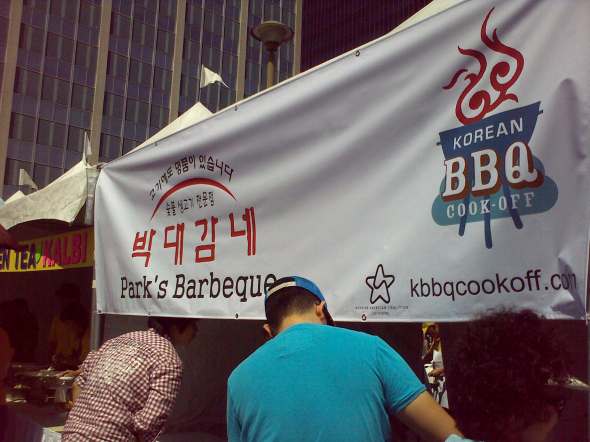 Yep, Parks KBBQ was in the house! 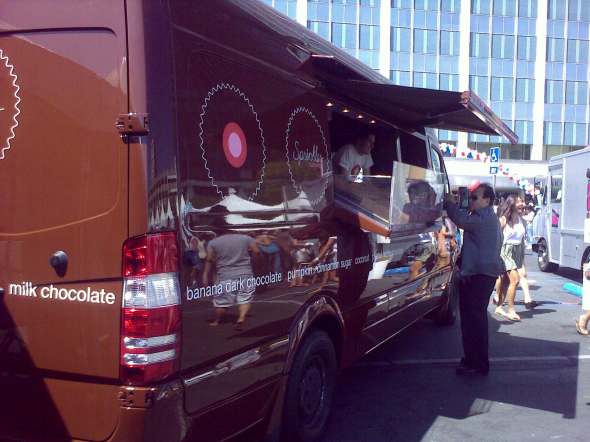 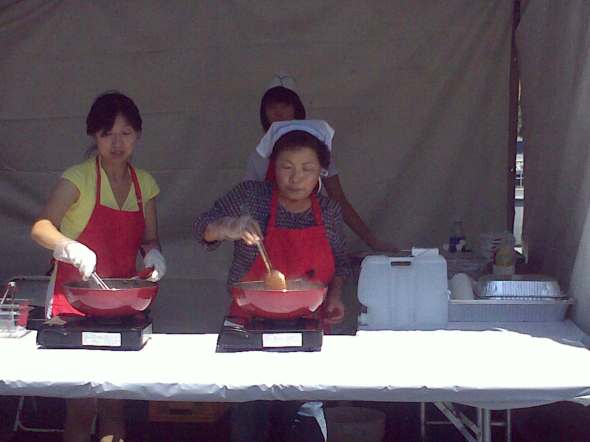 When you have the mama's cooking, it's a good sign. 😉 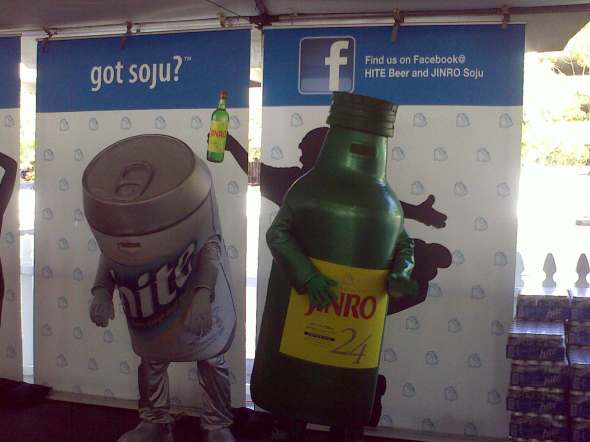 Those were my buddies... Hite and Jinro! 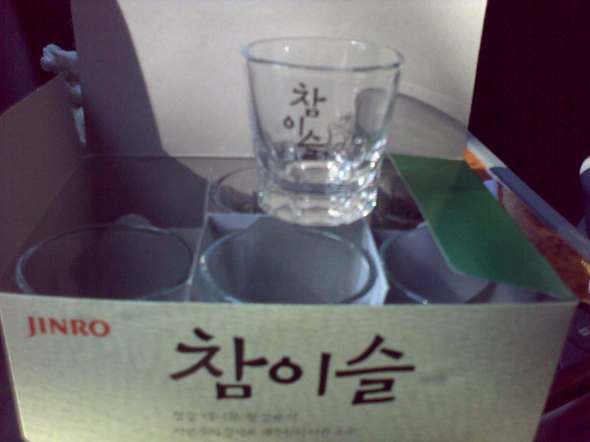